Kali Geldis tells the DailyFinance about how she cut her food budget in half. If she would have known about services such as giftcardrescue.com, she could’ve saved even more!

With discounted gift cards to major grocery stores like Whole Foods, Walmart, Target, and more; saving hundreds of dollars a month is common. Here is her story. 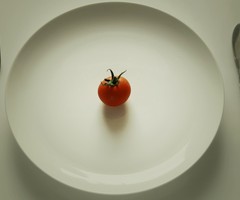 I opened up my budget tracking tool last November, and my jaw dropped — I had spent $1,200 on food that month. That’s when I knew I had to make a change.

Now, a few notes about that total: That includes groceries, restaurants, bars and fast food. Also, I prepared Thanksgiving dinner — $125 for couple of pies and a turkey for six people. However, that $1,200 number stuck with me — I needed to cut my spending on food.

It’s no surprise that food was a big budget-breaker for me — it’s one of the most common expenses on which financial planners see clients spending too much money. I definitely felt like I was throwing money away. There are so many other ways I could use that money — paying for a vacation, investing more money in an individual retirement account, saving for a down payment on a home, paying for a wedding.

It was when my now-fiancé proposed over Christmas that I knew needed to buckle down and cut my food spending by a lot. Weddings are expensive, and the money that was going toward nights out and nice dinners with friends was wrecking my budget. While I wasn’t going into debt, I realized it was just a matter of time. And debt is something I strenuously avoid. (I never carry a balance on my credit cards and am constantly monitoring my credit scores for free on Credit.com to make sure my credit utilization level is low.) If I was going to start cutting my food spending, I needed new rules for myself.

How I Cut My Food Spending in Half

I looked at my food spending in May — it’s down to about $600, a huge accomplishment, I cut my food budget in half! It took me about six months to really get into a groove with these new habits, but the payoff is big. My fiancé and I are on track to save more than $1,000 a month for our wedding, and we’re hoping to have a little left over to save for the other big costs down the road.