There are certain types of trees that you probably don’t want to be planting at your home. Roots, stability, or tremendous upkeep can all be major problems that might be overlooked when picking a tree to plant. Houselogic experts explain the 11 different trees not to plant in your yard, and why they are such a hassle. 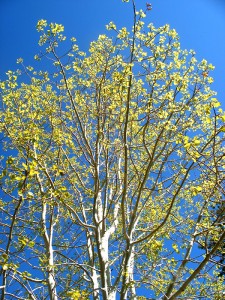 Big, fast-growing, and a dandy shade tree, silver maple is widespread in eastern states and the Midwest. Unfortunately, the speed at which the tree grows makes for weak, brittle wood that may break during severe storms. The shallow root system invades sewage pipes and drain fields, and is notorious for cracking driveways and walkways.

Sturdy and tough, the many varieties of ash that populate North America are some of our most beloved trees. Professional baseball bats are made from its wood — how American is that? But the venerable ash is threatened by the emerald ash borer, a tiny beetle that’s on track to wipe out the species. If you’re looking for a long-term tree for your yard, look elsewhere.

The aspen is found in northern climes and higher elevations. Its white bark and gently vibrating leaves are attractive, but its root system is insidious, sending up dozens of suckers that relentlessly try to turn into new trees. Once established, it’s war. In fact, the largest living organism in the world is a Colorado aspen root system called Pando. It weighs 6,600 tons and is thought to be 80,000 years old. Try digging that out!

Hybrid poplars are created by cross-pollinating two or more poplar species together. The result can be a fast-growing tree that looks good in your yard — for a while. Hybrid poplars are especially susceptible to diseases, and most won’t last more than 15 years. This poor fellow is dying … quickly.

With its long, slender branches that hang down like Rapunzel’s tresses, the willow is one of the most recognizable of all trees. Beautiful on the outside, yes, but the willow has an aggressive, water-hungry root system that terrorizes drain fields, sewer lines, and irrigation pipes. The wood is weak and prone to cracking, and the tree is relatively short-lived, lasting only about 30 years.

Imported from Australia and popularized for their speedy growth — some varieties will shoot up 10 feet in a year — the eucalyptus has a bad rap for suddenly and unexpectedly dropping big, heavy, resin-filled branches. In some areas of Australia, campers are warned not to pitch tents under eucalyptus trees. Its showy bark peels off annually and adds to seasonal maintenance chores.

The Bradford pear was imported to the U.S. from China in the early 1900s as replacement for orchard trees that were dying. With its compact shape and profusion of spring blossoms, the Bradford pear became a suburban favorite — until folks realized that it was highly prone to splitting and cracking when it reached maturity. And those blossoms? They’re on the stinky side of the fragrance scale.

Stay away from the mountain cedar in late winter. This bushy tree, native to the south central U.S., releases massive amounts of pollen during the cooler months, causing severe allergic reactions in many people. Even if you don’t have allergies, planting one in your yard may affect your neighbors.

Big surface roots, lots of pollen, messy fruit, and shade so dense that grass refuses to grow underneath. What’s to like about the mulberry? If you’re a silkworm, the answer is: Plenty! The mulberry is the silkworm’s only source of food. Silkworm farmers should plant away! Otherwise, you’ll be happier with a different kind of tree in your yard.

Native to North America, this well-known shade tree produces prized cabinet- and furniture-making wood. It also produces pollen and plenty of fruit that’ll drive you, well, nuts when you have to clean it all up in the fall. It’s true sinister side, however, is that it secretes growth-inhibiting toxins that kill nearby plants, wreaking havoc on flower beds and vegetable gardens.

These fast-growing evergreen trees are favored for their ability to quickly create a living privacy screen. However, they require constant upkeep and trimming to keep them healthy, and as they get taller they’re increasingly likely to uproot during storms. The center of the tree forms a mass of dried twigs and branches that are considered such a fire hazard that many communities officially caution residents against planting them. 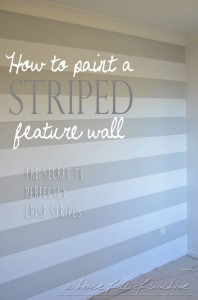 Creating a feature wall is a simple way to give a room a dramatic focal point. It doesn’t  matter what your style and vision for your feature wall entails, just make it you! 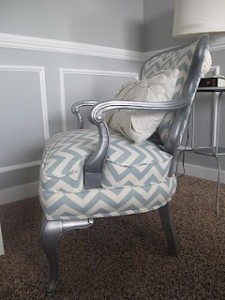 Make something old look and feel new! Reupholstering old furniture is a great way to spruce up any room without spending a lot of money.

3. Use  baskets to declutter 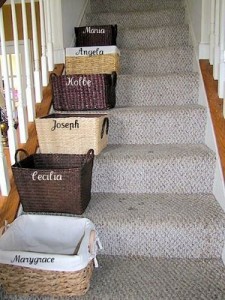 Everyone has nick-knacks lying around the house. Instead of the useless battle of having a designated spot for them, why not create “things” baskets that can hold all the extra clutter but also look nice.

4. Buy a houseplant or two 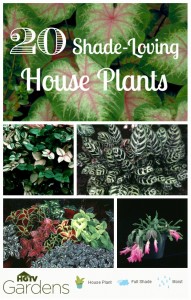 Nothing says Spring like bringing life into your house.

5. Hang up a few terrarium-style vases 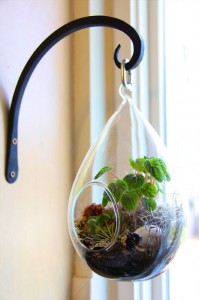 Building your own little eco-sphere isn’t only lively for your new remodel but it is also a fun craft you can pick up.

6. Mount a map on canvas and use it as art 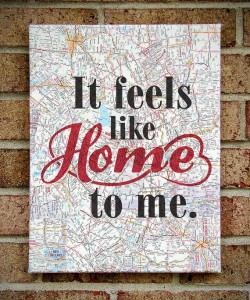 7. Update an inexpensive mirror with rope 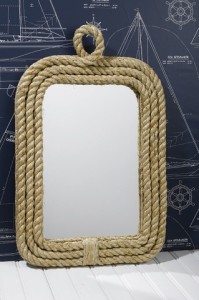 Using different types of rope will give different “feels” to the mirror. Go beachy, western, or classic depending on the color and size of your rope. 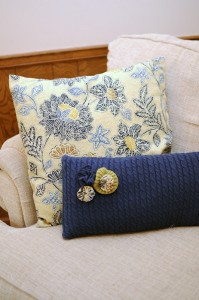 New pillows can make a room look brand new. Match the material with the season and add little accents for extra pizzazz. 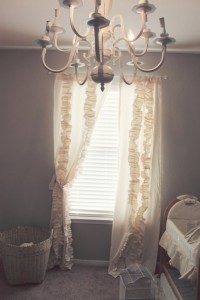 Let more sunlight into your living room and put up some new curtains to match your recovered pillows. 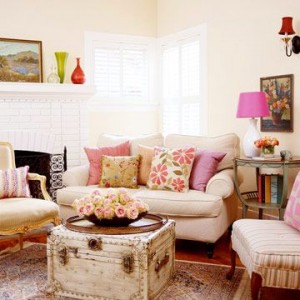 Rearrange your furniture to make the room more spacious. Instead of putting your couch in front of the TV, try facing it toward the window. 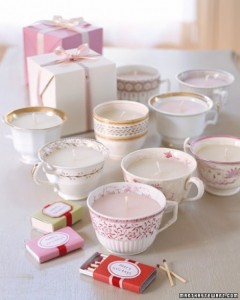 With all the new visual changes time to appeal to another sense. Fill the room with a new scent for the ultimate redecorating experience.

Turning thirty is a new milestone in life. Time to get rid of the bean bag chair (unless it is lovesac), make shift furniture, and hand me down towels. Everyone has different measures for success; however, here is a hard list of 10 household items that need to be in your apartment, or house, by the time you have reached 30. 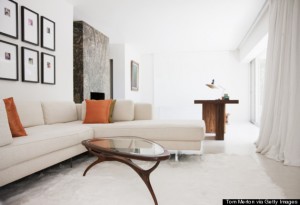 Not an uncomfortable futon, not a misshapen hand-me-down and definitely not a pile of giant pillows. A couch is the hub of your social life, where friends gather to talk and hangout. It’s where you spend most of your alone time when you are awake. Buying a real couch is an investment and one that shouldn’t be rushed into lightly. Couches need to be tested for nap-ability, should be stain-resistant, and of course must fit the space. Couches shouldn’t dominate but need to reflect personality — yours. So are you a leather person or slipcovers with a matching ottoman? We happen to like thrift stores for a lot of things, but prefer our couches new. Yeah, the old bed bug thing. Plus every red wine stain has a story and we prefer the story to be ours. 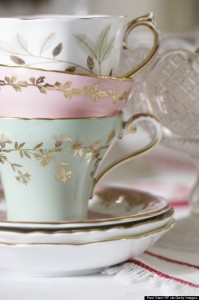 Sure it has dainty little flowers on it, and you’d never in a million years have picked it out on your own to buy. But it’s time to just hush up and take it before your sister stakes her claim. Grandma’s china will grow on you. You will come to cherish it and the family connections it represents. You will value it and pass it along to your children and hopefully they will pass it along to theirs. Just package it up carefully, stash it away and reopen it in a decade. (You may delay thanking us for this advice until then.) The more enlightened among you will, of course, gush with gratitude that you were given such an incredible gift and use it regularly.

Check out how discounted gift cards can help you save on purchasing home improvement products at GiftCardRescue.com.

Welcome to Beyond the Coupon, the new official blog of GiftCardRescue! In line with our goal of providing customers with the best available methods of saving money on day to day activities, we have decided to branch out from only telling you about Gift Cards and prepaid cards. We want to be your online destination for everything that has to do with saving money; including on food, home improvement, clothes shopping and so forth.

GiftCardRescue has partnered with some of the top bloggers and experts in the money saving field and will consistently provide readers the required tools to help you spend less and save more. We want to help our customers save ’beyond the coupon’ and in lieu of this, we won’t constantly feed you the regular posts about where to find coupons like you see on most money saving blogs, we will put the key right in your hands.

Readers of Beyond the Coupon can expect regular updates on the best deals at any given time, savings success stories, practical tips, how to videos right from the experts and many more. We also want to give our readers a voice and help them tackle any issues they are facing – frugal wise. In conclusion, this website is for anyone who chooses to be money savvy and wants to stay frugal and so if you have any questions about anything money related, don’t hesitate to send it to ([email protected]) and we promise to do our best to find the best answer(s) for you ALL the time.