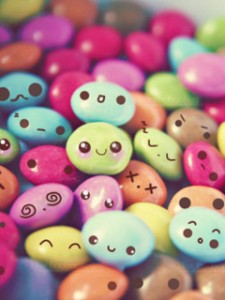 Red-stained mouths are common during the summer, as kids gulp down huge cups of Kool-Aid, made by Kraft Foods Group KRFT +0.25%  . But parents looking to cut down on artificial dyes may want to limit kids’ consumption of Kool-Aid Burst Cherry. The 2013 study shows that just eight fluid ounces of Kool Aid has 52.3 mg of artificial food coloring in it. The FDA says that children weighing 30 kilograms (66 pounds) shouldn’t have more than 210 mg per day of the red dye contained in Kool Aid — and just over 32 ounces of Kool-Aid Burst Cherry (that’s roughly the size of three cans of soda) would put your kids over the edge. Some groups don’t think any of this dye is safe: The Center for Science in the Public Interest, a nonprofit agency that advocates for safer foods, has lobbied the FDA to ban Red No. 40 dye. Kraft did not respond for a request for comment.

It’s a dinner staple in many households, but the 2014 study shows that just one serving of Kraft Macaroni & Cheese has 17.6 mg of artificial food coloring in it, compared with fewer than 8 mg for a serving of Hamburger Helper, another family favorite. Even Cheese Balls have fewer than 9 mg per serving. The FDA says that children weighing 30 kilograms (66 pounds) shouldn’t have more than 113 mg of Yellow No. 6 or 150 mg of Yellow No. 5 — the dyes that color Kraft Macaroni & Cheese — per day; the CSPI names both of these yellow dyes as two of the three it wants the FDA to ban. Kraft did not respond for a request for comment.

With its cartoon captain on the front of the box and the sweet cereal inside, there’s a reason your kids love Cap n’ Crunch Oops All Berries. But the 2014 study found that just one cup of this cereal has 41.3 mg of artificial food coloring (red, yellow and blue dyes). This was the highest amount of dye per serving of any of the 10 cereals measured. Switching to regular Cap ‘n Crunch as well as Cap ‘n Crunch Crunch Berries are both better (though still not great) bets with 9.5 and 17 mg of artificial dyes per cup, respectively. Stevens says that “better yet, choose a whole grain cereal low in sugar that does not have any dyes.” Children shouldn’t have more than 210 mg of the red dye in Cap n’ Crunch, 150 mg of the yellow dye and 360 mg of the blue dye, according to the FDA. PepsiCo PEP -0.52%   referred MarketWatch to the Grocery Manufacturer’s Association for comment, which questioned the analytics of the Purdue study.

When parents hear cracker, they often think healthy. But they may want to proceed with caution. One package of these crackers has 10 grams of fat, 190 calories and only 1 gram of fiber. But it’s the dye that may give parents pause: A serving (eight crackers) of Keebler Cheese & Peanut Butter Crackers, made by Kellogg Co. K -0.21%  , has 14.4 mg of yellow dye in them; this is one of the dyes that CSPI want to ban. The FDA says children shouldn’t have more than 113 mg of this dye per day. Keebler did not respond to a request for comment.

“Silly Rabbit, Trix are for kids.” There’s nary a child in America who doesn’t know that tagline, or at least know what Trix cereal is. But that sugary (there are 10 grams of sugar per one-cup serving), colorful cereal your kids love is loaded with artificial dyes (36.4 mg of red, yellow and blue dyes per serving, the second highest of the 10 cereals measured), the 2014 study showed. Children shouldn’t have more than 210 mg of the red dye in Trix, 113 mg of the yellow dye and 360 mg of the blue dye, according to the FDA. What’s more, in general, sugared colorful cereals tend to have one of the highest levels of dyes per serving, compared with popsicles and ice creams. A spokesperson for General Mills GIS +0.47%   says that the dye “levels in a product like Trix would actually be lower than what is listed by as much as 30%”.

Many parents think that Powerade Orange is a healthy drink to give Junior after his soccer or tennis match. Indeed, Powerade’s marketing campaigns say that it will help replenish electrolytes lost in sweat. But the study found that Powerade Orange, a product of Coca-Cola Co. KO -0.73%  , has 22.1 mg of artificial dyes in it per eight ounce serving. You’d be better off with PepsiCo’s Gatorade Orange, which only has 3.2 mg per serving or HyDrive Energy Orange, which only has 6.7 mg, though Stevens says that “100% diluted fruit juice over ice” may be even better.” The FDA says that children shouldn’t have more than 113 mg of Yellow No. 6 or 150 mg of Yellow No. 5, or more than 210 mg per day of the red dye. Coca-Cola did not respond for a request for comment.

Some parents think of Cheerios as a healthy breakfast, but if you’re worried about artificial dyes, you may want to steer clear of Fruity Cheerios. One serving of this cereal, a General Mills product, has 31.8 mg of red, yellow and blue dye. Parents might want to switch to Kellogg’s Special K Red Berries, as their berries are made from strawberries and don’t contain dye, or Berry Berry Kix by General Mills, whose berry balls are sweetened with fruit juice and also don’t contain dyes. Children shouldn’t have more than 210 mg of the red dye in Fruity Cheerios, 113 mg of the yellow dye and 360 mg of the blue dye, according to the FDA. A spokesperson for General Mills says that “the safety of both artificial and natural colors has been affirmed through extensive review by the U.S. Food & Drug Administration (FDA) and the European Food Safety Authority (EFSA).”

Sure, eight ounces of Sunny D Orange Strawberry has 100% of the government’s recommended daily allowance of Vitamin C in it, but it’s also got a lot of sugar and artificial dyes. Indeed, Sunny D Orange Strawberry drink, made by parent company Orangina Schweppes, contains 41.5 mg per serving of artificial dyes — that’s second only to Kool-Aid Burst Cherry among the 32 beverages measured. A Sunny D spokesperson says “the health and safety of our products is paramount, we use only FDA-approved ingredients and we stand behind the safety of all of our beverages.” The FDA says that children shouldn’t have more than 113 mg of Yellow No. 6 or 150 mg of Yellow No. 5 — the two yellow dyes the study found in Sunny D Orange Strawberry — or more than 210 mg per day of the red dye.

Parents know that candy isn’t healthy for kids, but many don’t realize how much artificial dye goes into it. One quarter cup of M&Ms (48 pieces) has 29.5 mg of dyes (red, blue and yellow) in it — the second highest of the more than 50 candies measured. They also have 27 grams of sugar in them — one of the highest levels of those measured. Mars says that their products comply with both internal quality and safety standards as well as government standards. The FDA says that children shouldn’t have more than 113 mg of Yellow No. 6 or 150 mg of Yellow No. 5, 210 mg per day of Red No. 40, 360 mg of Blue No. 1, 75 mg of Blue No. 2 — all of which the study found M&Ms contained.

When your kids “experience the rainbow,” they’re also gulping down a lot of artificial dye. One serving (a packet, which contains 61 pieces) of the candy has 33.3 mg of artificial dyes in it. But perhaps even more disturbing to parents is the 46 g of sugar that go along with that. Wrigley, the maker of Skittles, says that all the colors used “comply with our own strict internal quality and safety requirements as well as all applicable laws, regulations and safety assessments relating to colors added to food.” Skittles contains the same dyes that M&Ms do.