Saving money is a good habit to adapt for anyone regardless of their financial state. Many of the nations wealthiest people became financially secure by saving more and spending less. If you are smart saving then you wont even notice where you are getting the extra cash. 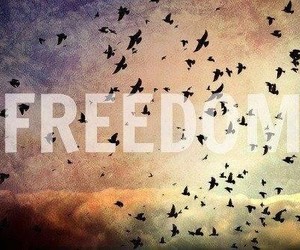 Using online services saves you money in postage and paying for checks. Not only will you be saving money but you will save time and trees!

Shop with Cash Only

Studies show that shoppers spend at least 30% more money if they are shopping with a credit card. When you shop with cash you are less likely to impulse shop and more considerate on how you are spending your hard earned money.

Plan a budget and track your spending

Seeing where you are spending your money will help you to realize what is unnecessary spending, then you can make changes accordingly.

Shopping with a list will help to eliminate being persuaded by product marketing to purchase more expensive products. Go to the store with a purpose, browsing will lead to spending more money on products that you don’t need.

Set aside a little extra cash each month to put towards significant debt. Paying an extra $50 a month on your car or house loan will save you thousands of dollars.

Go to the library

Skip spending money on movie tickets and check out what your local library has to offer in the movie section. Renting books and magazines is also much more efficient than paying for monthly subscriptions.

If you plan your shopping outings going to websites such as giftcardrescue.com and purchasing a discounted gift card for your favorite stores could save you a lot of money!

Make sure you use your own banks ATM, or just take out a certain amount of cash at the beginning of the week.

If you are looking for extra cash you can look no further than your daily activities that could be wasting money. By cutting out or being more aware of these money draining actions you could direct that money to something more beneficial. Think about what you could do with an extra $200 a month and start saving!

There are infinite ways to spend your hard-earned money from day to day, and all of us are guilty of forking over cash (or using credit) for purchases that provide little (or no) true benefits. Some such purchases do provide what you could argue to be short-term benefits, but doing the math of long-term costs for many such purchases (smoking, drinking, gambling) makes them out to be nonsensical wastes of money.

Being in the habit of buying lottery tickets is one obvious waste. People who pony up a few bucks for a record-setting Powerball ticket once in a blue moon are hardly wasting much of their income (though the chances of seeing a return are one in hundreds of millions), but those who buy scratch-offs or lotto tickets on a weekly or daily basis are uniformly throwing money down the drain.

Smokers are not only shooting themselves in the foot by increasing the likelihood of significant medical bills down the road, but they also spend hundreds or thousands of dollars on cigarettes each year. A pack-a-day smoker of a brand costing $5 will spend over $1800 on smokes in a single year.

If you pay a $4 surcharge at an ATM to withdrawl cash once a week, you will have thrown away more than $200 over the course of a year simply for not planning ahead.

Aggressive driving and bad parking habits come back to bite your wallet and provide nothing in return. You’re willingly handing money over to the government simply, because you are impatient, irresponsible or just plain careless.

If you fall into the trap of spending big bucks on Botox injections in the pursuit of everlasting youth, don’t go crying when your face ends up looking like a ventriloquist dummy.

There are millions of people who will argue that money spent on alcohol is not a waste. (I, for one, wouldn’t disagree.) All the money spent going to bars can cause you to think twice when you consider how much cheaper it would be to drink at home, but you can justify the spending by saying you’re paying for the experience of a night out. However, it’s hard to justify paying for the outrageous prices you are forced to pay if you want a beer or drink when you go to a major concert or sporting event. Dropping $9 or $10 for a 16-ounce beer at a concession stand is a waste when you can buy a 6-pack or 12-pack elsewhere for the same price.

Gym memberships are either a wise investment or a total waste of money. If you’re truly motivated to be healthy and actively take advantage of your membership, then the money you spent was one of the most beneficial decisions you could have made for yourself. However, if you’re like a large population of Americans, at some point you paid up for a membership, made an effort a handful of times and never returned to the gym. The math balances out if you routinely exercise, but if you never go, it can end up equating to you having paid several times over what single sessions would have cost.

If you’re one of the precious few people in the world who think gold grills are fashionable mouth bling, then you’ll probably argue that getting a grill is well worth the money spent. The rest of us will tell you that you’re dead wrong.

Buying things on credit seems like it could be beneficial when you are low on funds, but in reality the insane interest you are paying makes those purchases far more expensive than they were in the first place. Should you fail to keep up with your payments as so many of us are prone to doing, the amount of debt you’ll acquire will make you wish you’d never have gotten a credit card in the first place.

10. Inefficient shopping. Not taking advantage of discounted gift cards online can cost you hundreds of dollars each month on basic needs. By using websites such as, giftcardrescue.com you can purchase gift cards for up to 35% on stores that you visit everyday.

With these tips from ChaCha saving a little bit of extra money every month won’t be as big of a hassle as you thought.